We would like to offer our sincere support to anyone coping with grief. Enter your email below for our complimentary daily grief messages. Messages run for up to one year and you can stop at any time. Your email will not be used for any other purpose.

Share a memory
Obituary & Services
Tribute Wall
Read more about the life story of Arnold and share your memory.

Born March 13th, 1945 in Olean, he was a son of William and Evelyn Walker Brunner.  On August 28th, 1971 in the Duke Center United Methodist Church, he married Susan Curtin, who survives.

Mr. Brunner was a 1963 graduate of the Belvidere (Illinois) High School.  After being born in Duke Center, his family moved to Illinois, but Arnie decided to move back to the local area as soon as he graduated high school.  He then attended some of the inaugural classes at the University of Pittsburgh at Bradford while painting houses to finance his degree.  He went on to receive a B.S. in Forestry from Penn State University in 1967.

After working as a forester for the PA State Game Commission and the Buehler Lumber Company of Ridgeway, Arnie went on to a successful career as an independent forester. In 1991, he opened A-1 Rent-All & Sales in Olean, which he operated alongside his wife for 31 years.  They also started Stoney Acres Alpaca Farm together in Smethport, where they raised alpacas for 18 years.

Arnie enjoyed everything involving the outdoors and spent as much time as possible outside. He loved hunting, swimming, gathering firewood, and of course, working. He was known for his strong-willed nature but also for being very generous to those close to him.

Surviving in addition to his wife of 51 years are their son, Christopher, along with his partner Ashli, and three granddaughters, Katelyn, Leah, and Maddie, as well as several extended family members.

In addition to his parents, he was preceded in death by twobrothers, William and Teddy, as well his infant sister Marilyn.

As per Arnie’s request there will be no services held at this time.  Burial will be in Duke Center Cemetery.

Memorial contributions can be made in Arnie’s honor to an outdoor conservation charity of the donor’s choice. In lieu of flowers, take a walk in the woods, help a neighbor, or enjoy the little moments with family and friends.

Online condolences may be made at  www.framefuneralhome.com

To send flowers to the family or plant a tree in memory of Arnold “Arnie” Brunner, please visit our floral store. 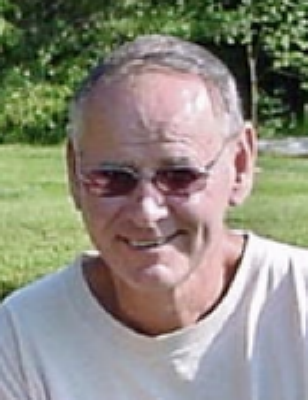 Look inside to read what others
have shared
Family and friends are coming together online to create a special keepsake. Every memory left on the online obituary will be automatically included in the book.

Look inside to read what others have shared

Family and friends are coming together online to create a special keepsake. Every memory left on the online obituary will be automatically included in the book.

You can still show your support by sending flowers directly to the family, or by planting a memorial tree in the memory of Arnold “Arnie” Brunner